Normally when you think of slasher, you think of Jason Voorhees, Freddy Krueger or Michael Meyers...but not 'The Tire Slasher'.

Grand Rapids Police Department are on the hunt for a man (D-bag) who for some reason was slashing tires and ripping up gas tank covers on vehicles that were parked downtown.

Thursday morning the police has decided to try and get the public's help finding 'The D-bag' by releasing security footage of the man in action by putting his photo out on Twitter. The incidents occurred in the late hours of June 30 on Ionia Avenue NW.

The police department shared the photos of the man on Twitter Thursday  morning. They say the damage occurred June 30, in the evening hours along Ionia Avenue NW.

Here is what the GRPD posted:
@GrandRapidsPD
Do you recognize this man? He is seen on video damaging gas tank covers and slashing tires on multiple vehicles along Ionia Av NW near downtown the evening of 6/30/19. Identity tips to Det. Laux at (616) 456-3829 or anonymously to @KentSOtips #GRcommunityForce #WantedWednesday 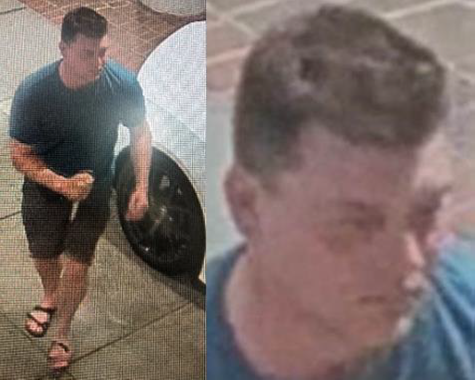