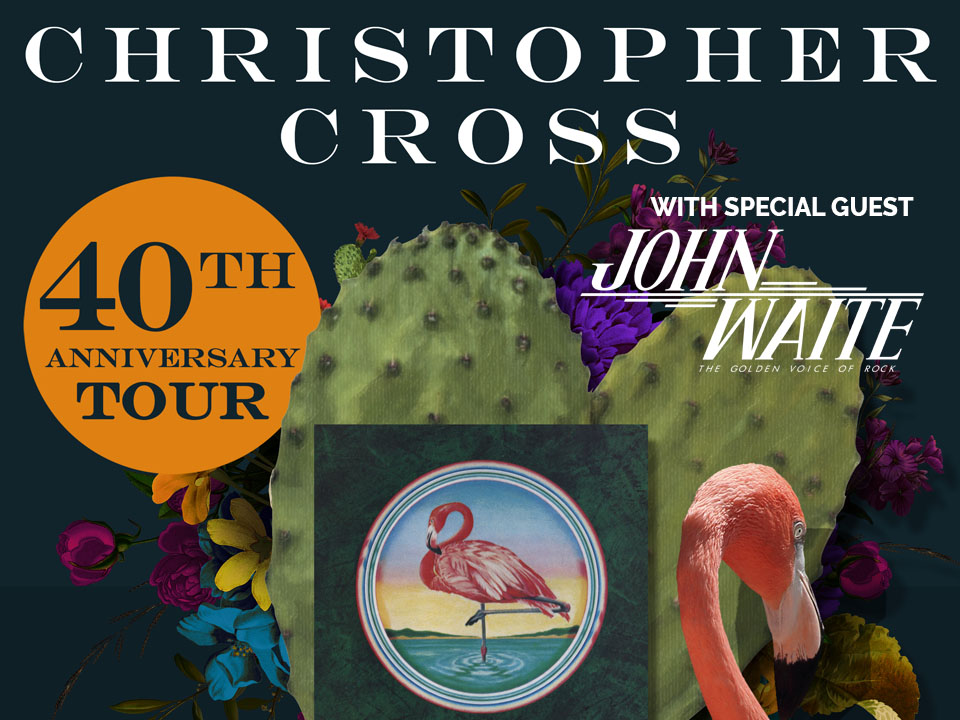 About the Christopher Cross

Christopher Cross made history with his 1980 self-titled debut album, winning five Grammy Awards, including—for the first time in Grammy history—the “Big Four” most prestigious awards: Record of the Year (for the single “Sailing”), Album of the Year, Song of the Year (also “Sailing”), and Best New Artist.

In a career spanning over five decades, Cross has sold over 10 million albums. His music has garnered five Grammys, an Oscar, a Golden Globe and five Top 10 singles.

This year, Christopher Cross is celebrating the 40th anniversary of his breakthrough debut album with a major tour featuring songs from his debut album: “Sailing,” “Ride Like the Wind,” “Say You’ll Be Mine,” and more.

Says Cross, “This tour celebrates the first chapter in what has been my life’s journey. I look forward to seeing everyone on the road.”

Enter Below for your chance to win tickets!